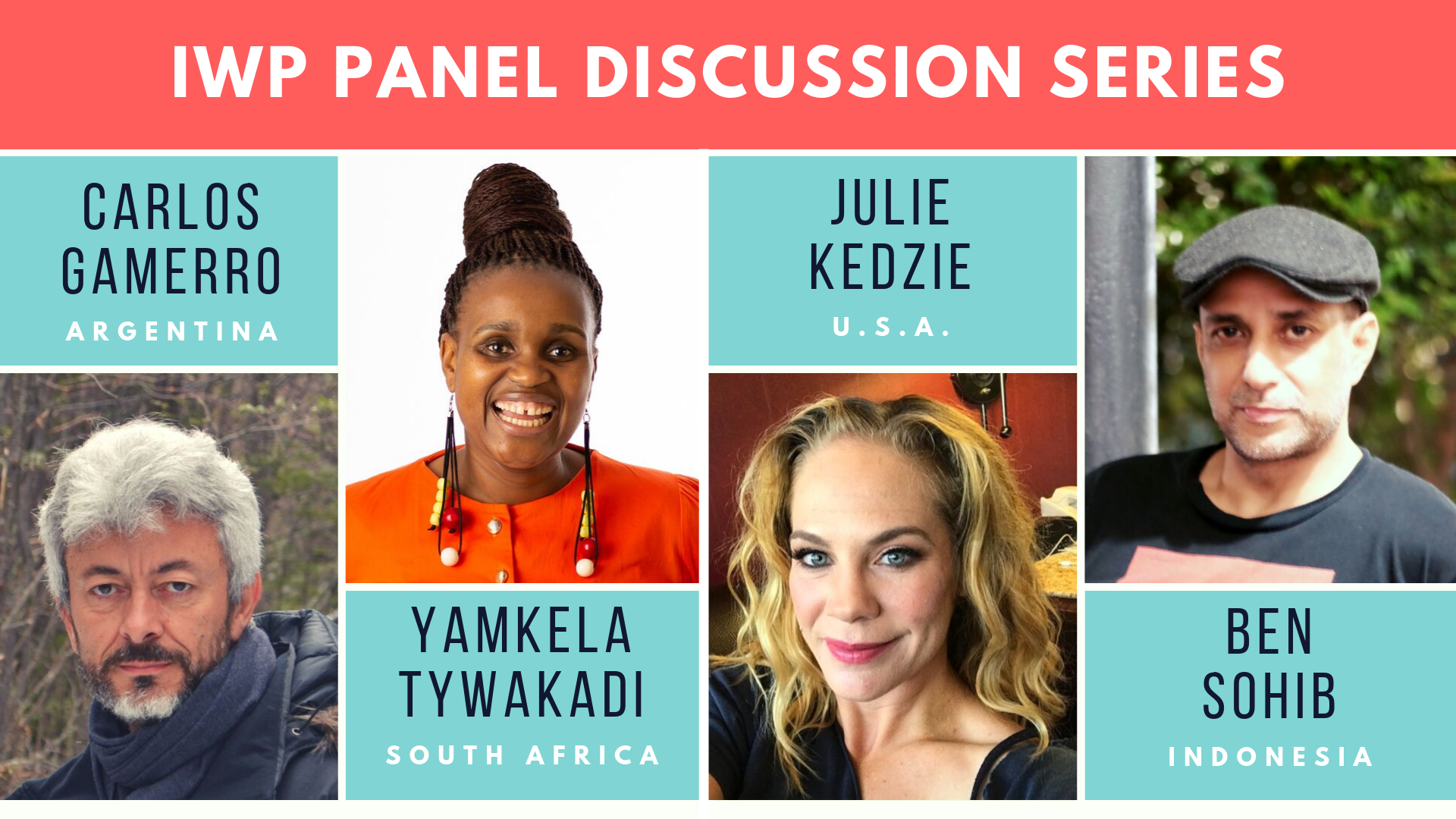 Join the community conversation over *free pizza* Fridays at the Iowa City Public Library (ICPL), Meeting Room A, noon-1PM! This week 2019 International Writing Program (IWP) Fall Residents will convene for a panel discussion "On the Body:"

A person's body affects the way they navigate the world, and their experiences in it. How much power does a body (pertaining for instance to race, gender, sexuality, physical ability) have over (or in) an artist's work? And, with what means can a writer navigate issues the body can present?

On this week's panel:

Julie Kedzie is a graduate from the University of Iowa’s Nonfiction Writing MFA Program and currently serves as the department’s post graduate Provost Fellow. She is a former professional athlete, and also works as an athletic trainer, as well as an analyst and color commentator for Invicta Fighting Championships.

Yamkela TYWAKADI (fiction, nonfiction, South Africa) is a novelist, publisher, performer, and the founder of Blank Page Edu, a company that develops mobile apps and board games. Often working in South Africa’s native languages, she has published 15 books; her first, Andingombala Ndingumntu: IsiXhosa novel, is used in isiXhosa classes throughout the country. Ms. Tywakadi is on Mail & Guardian’s list of 200 Young South African Leaders for 2019. She participates courtesy of the U.S. Consulate General in Johannesburg.

Ben SOHIB (fiction, nonfiction; Indonesia) is known for his popular novels The Da Peci Code (2006) and Rosid dan Delia [Rosid and Delia] (2008); adapted to film as Tiga hati, dua dunia, dan satu cinta  [Three Hearts, Two Worlds, and One Love], which garnered Best Film at the 2010 Indonesian Film Festival. Author of five books, including two story collections, he has represented Indonesia at international arts festivals. He participates courtesy of the Bureau of Educational and Cultural Affairs and the U.S. Department of State.

Carlos GAMERRO (fiction, translation, nonfiction; Argentina) has authored six novels, most recently Cardenio (2016), a collection of short stories, and a body of literary criticism, as well as translations of seminal English-language literary works including Shakespeare, W. H. Auden, and Harold Bloom.  His own work has been translated into German, English, Turkish and French.  Gamerro’s script for Tres de corazones [Three of Hearts] was made into a feature film in 2007. A 2008 IWP alum, he returns for a teaching residency at Grinnell College.