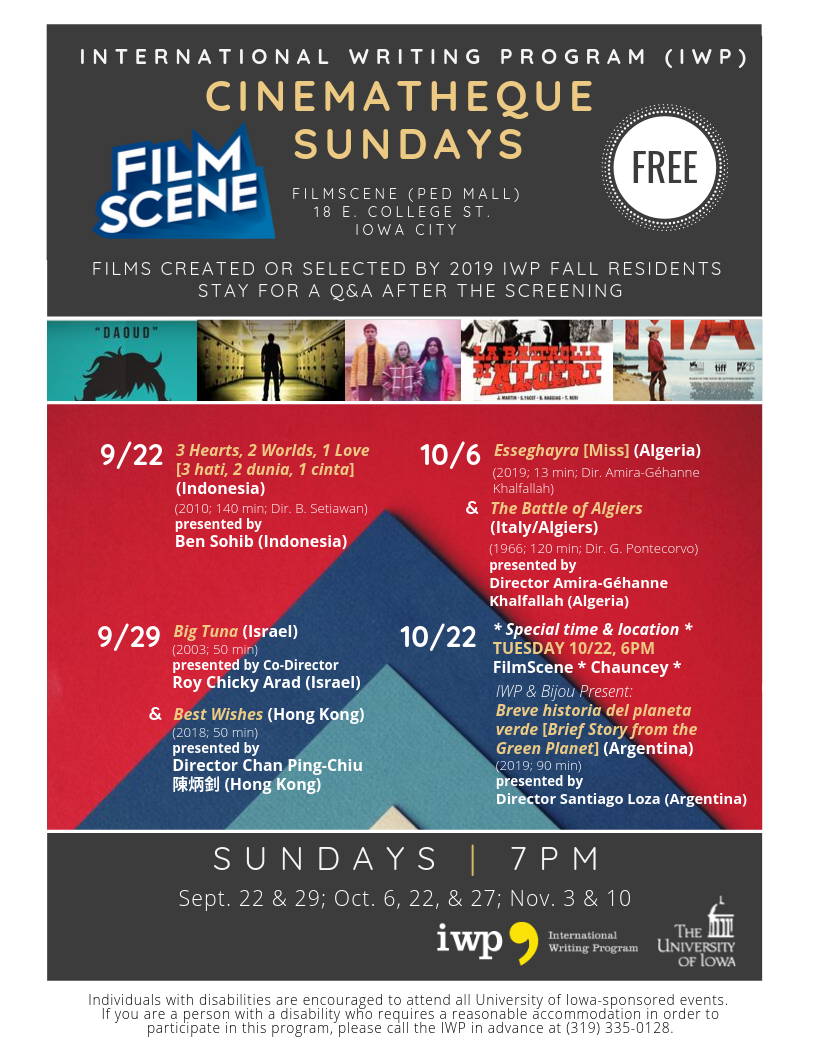 A new free film every Sunday! Tour the far reaches of global cinema through films created or chosen by the IWP Fall Residents. Free and open to the public, just like the rest of IWP's events. Stay for a Q&A after the screenings this Sunday with Amira Géhanne Khalfallah (IWP ’19, Algeria), Director of Esseghayra [Miss].

A little girl spends her days wandering in the desert, inventing games to break the silence of the dying oasis.

“Prohibited from screening in several countries at the time of its first release (in 1966), The Battle of Algiers has had a considerable impact on liberation movements in the Third World. I would like to have us watch this film from the vantage point of current events in Algeria. Since this past February, people have risen against the powers that be, and immense demonstrations are shaking the streets of Algiers. Today people are speaking of a new battle of Algiers!“ -- Amira-Géhanne Khalfallah (IWP ’19)

Presented by Amira-Géhanne KHALFALLAH (fiction, nonfiction, drama; Algeria) who is a journalist, novelist, filmmaker, and playwright. Her plays Les draps [Sheets] and Shams et les poissons du désert  [Shams and the Desert Fish] have been published; her debut novel Le naufrage de la lune [The Wreck of the Moon] appeared in 2018; her short film Essebat  [The Shoe] screened at several international festivals; a feature film is in development. She participates through a grant from the Bureau of Educational and Cultural Affairs at the U.S. Department of State.