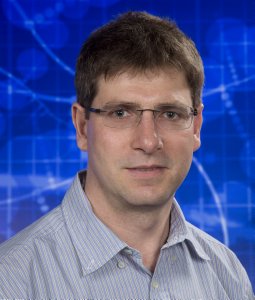 Abstract: Density variations in fluid flows can arise due to acoustic or thermal fluctuations, compositional changes during mixing of fluids with different molar masses, or phase inhomogeneities. In particular, thermal and compositional (with miscible fluids) density variations have many similarities, for example as the flow interacts with a shock wave. Two limiting cases have been of particular interest: (i) single-fluid non-Oberbeck-Boussinesq (NOB) low Mach number approximation for flows with temperature variations and (ii) non-Boussinesq incompressible limit of mixing between fluids with different molar masses. The equations describing these cases are remarkably similar, with some differences in the molecular transport terms. The former has been used to describe NOB effects in flows with largest density differences at the boundaries (e.g. vertical convection), while the latter has been used to describe variable density effects in flows with largest density differences at an interior interface (e.g. Rayleigh-Taylor instability), with some overlapping studies (e.g. on shear-driven mixing layers). In all cases, strong inertial effects associated with density variations lead to significant asymmetries in mixing, turbulence, and shape of mixing layers, while subtle differences in the transport formulations affect regions with large density gradients and mixing layer edges. In addition, density variations may change the regularity properties of the underlying incompressible Navier-Stokes equations and restrict subgrid and spectral treatments of the equations to specific forms in order to avoid viscous contamination of the large scales.

In this talk, I will give an overview of recent results concerning variable density effects in various flows, including shock-variable density isotropic turbulence interaction, Richtmyer-Meshkov and Rayleigh-Taylor instabilities, homogeneous buoyancy-driven variable-density turbulence, and sheardriven mixing layers. In particular, I will use some of the largest DNS to date to highlight mixing and turbulence asymmetries, and changes in spectral behavior and structure of mixing layers in the presence of large density variations.