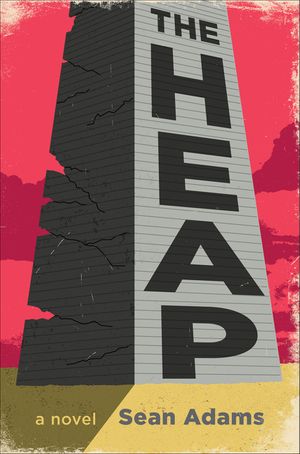 Writers’ Workshop graduate Sean Adams will read from his imaginative and darkly hilarious satire, The Heap. "As intellectually playful as the best of Thomas Pynchon and as sardonically warm as the best of Kurt Vonnegut, The Heap is both a hilarious send-up of life under late capitalism and a moving exploration of the peculiar loneliness of the early 21st century. A masterful and humane gem of a novel."-- Shaun Hamill

Sean Adams is a graduate of Bennington College and the Iowa Writers' Workshop. His fiction has appeared in Electric Literature's Recommended Reading, The Magazine of Fantasy & Science Fiction, The Normal School, Vol. 1 Brooklyn, The Arkansas International, and elsewhere. He lives in Des Moines, Iowa with his wife, Emma, and their various pets.