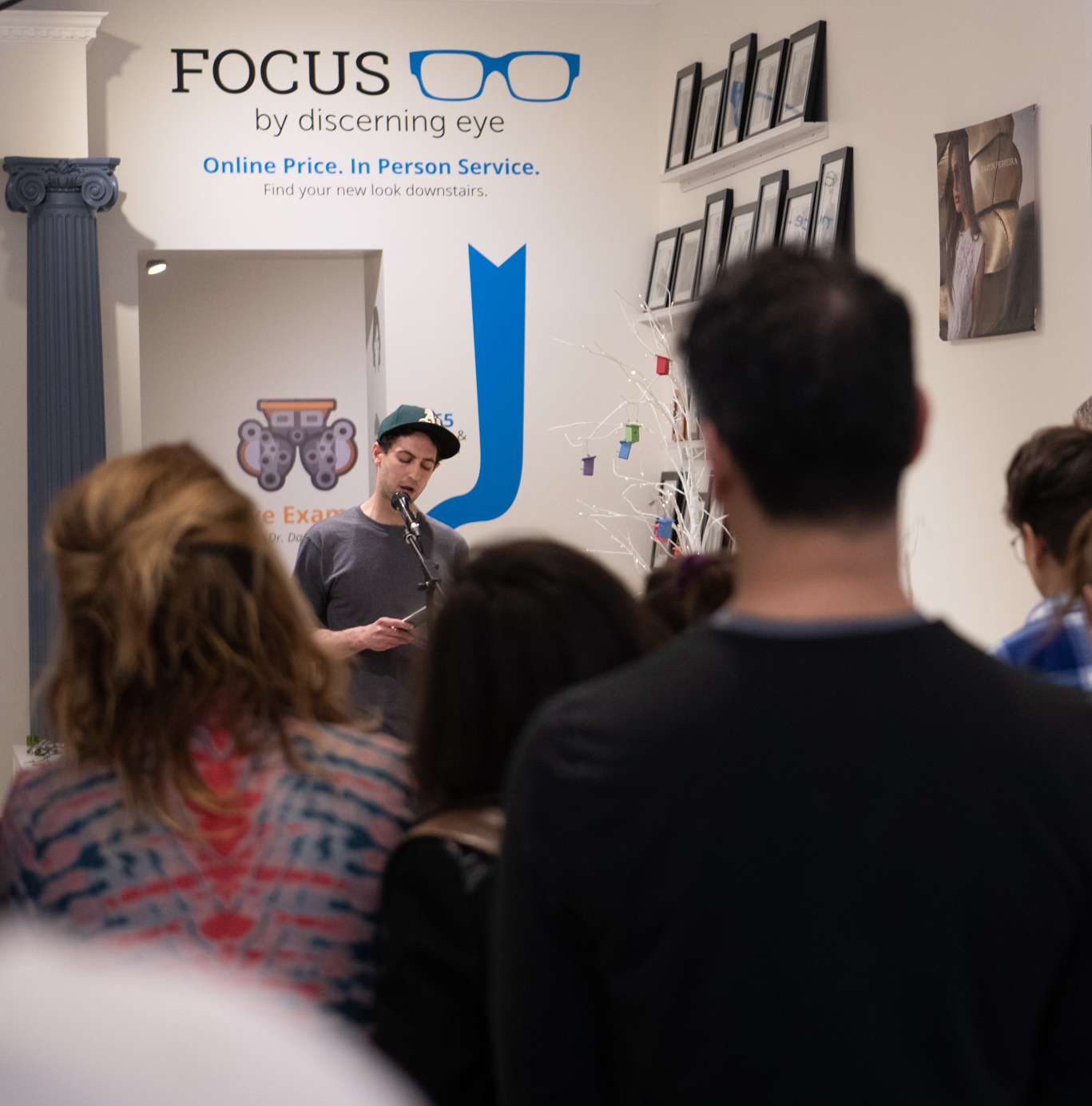 Admission: FREE and open to the public

Founded in 1970 and edited by faculty, students, and staff from the renowned writing and literature programs at the University of Iowa, The Iowa Review takes advantage of this rich environment for literary collaboration to create a worldwide conversation among those who read and write contemporary literature.

Established in 1969, the University of Iowa Press is an academic publisher of poetry, short fiction, and creative nonfiction.

Jason Brown grew up in Maine. He was a Stegner Fellow and Truman Capote Fellow at Stanford and now teaches in the MFA program at the University of Oregon. His stories have appeared in The Atlantic, Harper’s, Best American Short Stories, The Pushcart Prize Anthology, NPR’s Selected Shorts, and other places. He has published two story collections, Driving the Heart (1999) and Why the Devil Chose New England for His Work (2007). His most recent book is A Faithful but Melancholy Account of Several Barbarities Lately Committed, a story cycle published in 2019 by TMR Press.

Loren Glass is Professor of English at the University of Iowa. His most recent book is Rebel Publisher: Grove Press and the Revolution of the Word (Seven Stories Press). His 33 1/3 volume on Carole King’s Tapestry will be published in Spring 2021.

Julie Hanson is the author of Unbeknownst (University of Iowa Press, 2011), Iowa Poetry Prize winner and 2012 Kate Tufts Discovery Award finalist, and the newly released collection, The Audible and the Evident (Ohio University Press, February,2020), selected by Maggie Smith for the Hollis Summers Poetry Prize. Her work has earned fellowships, grants, and awards from the National Endowment for the Arts, the Vermont Studio Center, the West Chester University Conference on Narrative and Form, New Ohio Review, The Cincinnati Review, and publication in The Iowa Review, Poetry Daily, Michigan Quarterly Review, Meridian, Volt, Diode, and other journals, and, in October of 2018, ”Long Dance, Slow Revolution” (from Unbeknownst) toured Eastern Iowa as spoken word accompaniment to a new musical composition in the Red Cedar Chamber Music 2018 fall concert series. Julie’s poems appear in recent and forthcoming issues of Smartish Pace, New Ohio Review, failbetter.com, Under a Warm Green Linden, Plume, and Bat City Review. Julie holds an M.F.A. in poetry from the Iowa Writers’ Workshop. She lives in Cedar Rapids, Iowa with her husband, Richard, and their ever-expanding gardens. Her happiest and most fulfilling period of paid employment was as a bookseller at New Bo Books during the early developmental stages of the New Bohemia district, and so she was thrilled to be called on from time to time during the store’s ownership transition to Next Page Books.

Robin Hemley is an international writer, who has published fourteen books as well as essays and short stories around the world. He is a Professor Emeritus and directed The Nonfiction Writing Program at The University of Iowa from 2004-2013. He is the Founder and past President of NonfictioNOW, the leading international conference for literary nonfiction. He has won many awards for his writing, including fellowships from the Guggenheim Foundation and the Rockefeller Foundation, three Pushcart Prizes in both fiction and nonfiction, The Nelson Algren Award for Fiction from the Chicago Tribune, The Independent Press Book Award, the Governor’s Award from the State of Washington, and many others. He is co-editor of the online journal Speculativenonfiction.org and co-founder of Authors At Large (aalauthors.com).
He regularly gives writing workshops in fiction and nonfiction around the world.