Black Lives on Screen: "The Inheritance" 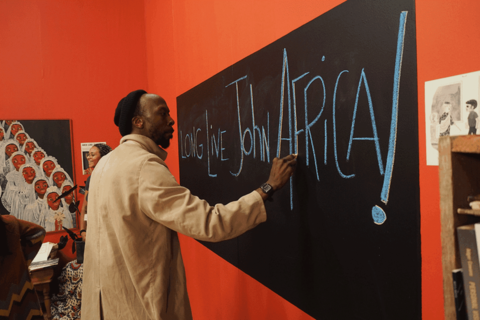 Film synopsis:
Pennsylvania-born filmmaker Ephraim Asili has been exploring different facets of the African diaspora—and his own place within it—for nearly a decade. His feature-length debut, The Inheritance, is a vibrant, engaging ensemble work that takes place almost entirely within the walls of a West Philadelphia house where a community of young people have come together to form a collective of Black artists and activists. Based partly on Asili’s own experiences in a Black liberationist group, the film interweaves a scripted drama of characters attempting to work towards political consensus with a documentary recollection of the Philadelphia liberation group MOVE, which was the victim of a notorious police bombing in 1985. Asili’s film is an endlessly generative work of politics, humor, and philosophy, referencing the legacies of the Black Arts Movement and featuring Black authors and radicals, members of MOVE, as well as poets Ursula Rucker and Sonia Sanchez. ~ filmlinc.org 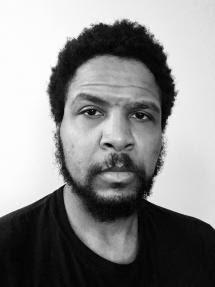 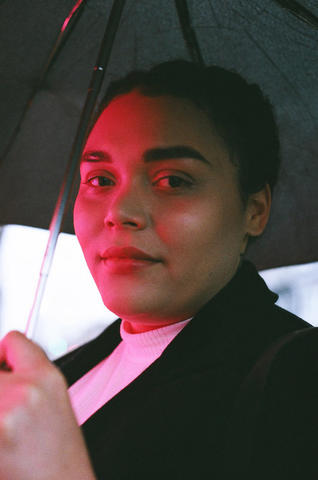 Sarah-Tai Black is a film programmer, arts curator, writer, and speaker living in Toronto. She is one of the Directors at The Royal Cinema where she programs a monthly series called Black Gold.
Her writing has been published by numerous outlets, including The Globe and Mail, Cinema Scope, MUBI Notebook, CBC Arts, TIFF's The Review, and cléo journal, and alongside several artist projects. In collaboration with institutions such as Museum of Contemporary Art and A Space Gallery, she has curated performance pieces by artists Lido Pimienta and Aisha Sasha John, a solo show by multidisciplinary artist Timothy Yanick Hunter, and has spoken about arts culture, film, and moving image arts in their many forms as a guest of the National Gallery of Canada and The Walrus, as well as with platforms such as Canadian Art, Screen International, and Huffington Post.