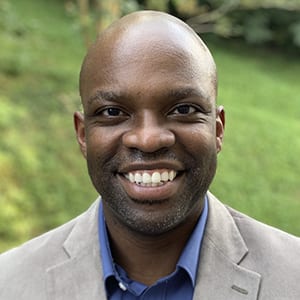 Although women sportscasters are more visible in the U.S. sports media landscape than ever before, the industry remains male-dominated, in number and in effect. One manifestation of that male-dominance is the persistent, inequitable prioritization of a woman sportscaster’s appearance; while looks are merely a factor for men hoping to be hired as sportscasters, attractiveness seems to be the factor for women in the industry. Casual sports fans and industry professionals alike acknowledge this appearance double standard and yet it remains a normalized industry practice. As Guy Harrison argues in his upcoming book, On the Sidelines: Gendered Neoliberalism and the American Female Sportscaster, the sports broadcasting industry’s appearance double standard cuts across gender, sexuality, and race and has far-reaching implications for women in sports media, specifically, and women in western cultures more broadly.

Drawing on interviews and textual analyses he conducted for On the Sidelines, Harrison will deliver a talk in which he analyzes the electronic media industry’s appearance double standard through the lens of gendered neoliberalism, a blend of popular yet exclusionary feminisms and discourses that pervade the U.S. media landscape and serve to maintain western culture’s gendered inequities. As Harrison explains, sportscasting’s appearance double standard is neither unique to the industry nor is it new. However, the contradictory discourses that reinforce it are unique to the contemporary, neoliberal moment. When it comes to choosing how to visually present themselves, women sportscasters are “damned if they do and damned if they don’t.” The result is the maintenance of a double standard to which all other forms of woman sportscaster mistreatment can be traced.

This is part of the Department of American Studies Floating Friday Lecture series.