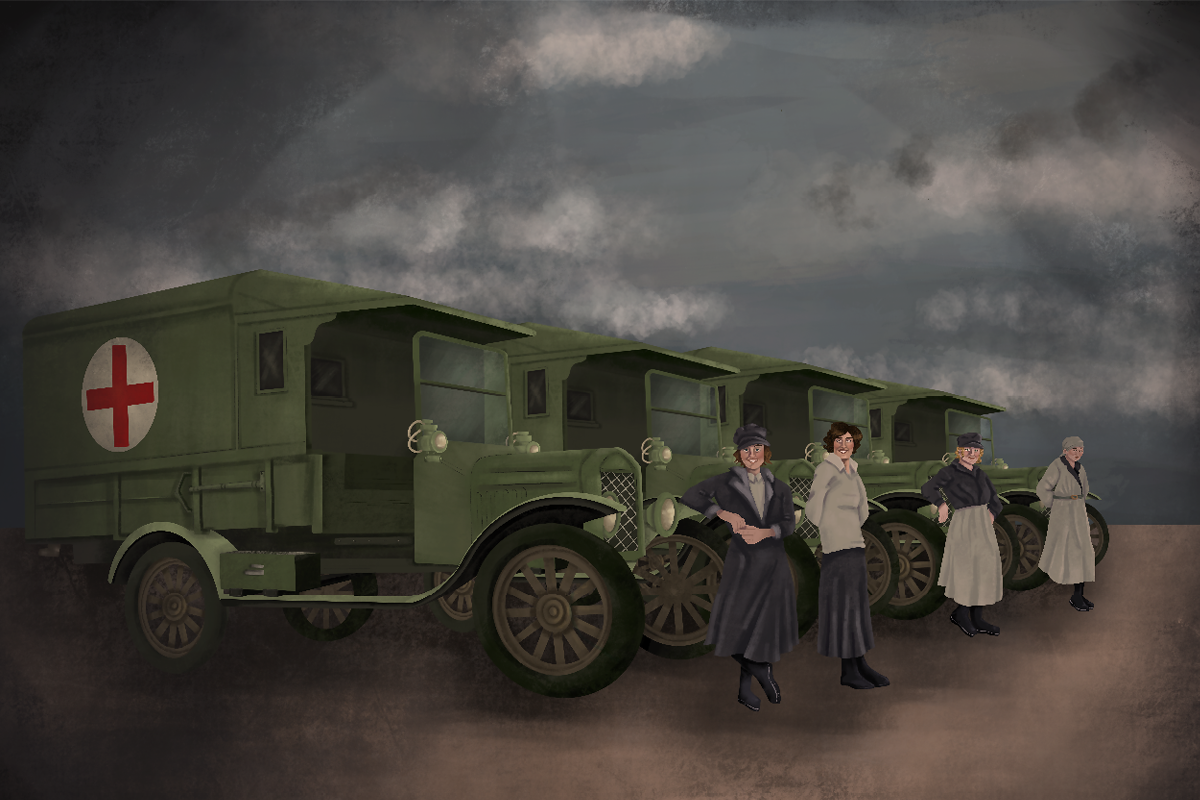 England’s Splendid Daughters is a physical theatre piece based on the memoirs of ambulance drivers in World War I. When the British were losing the war, in order to send more men to the trenches, they promoted all service level staff to the front lines. To replace the ambulance drivers, the British Armed Forces sought out unmarried women who knew how to drive a car. Unintentionally, they recruited a bunch of lesbians. England’s Splendid Daughters was written to prove to ourselves and the world that queer people have always been heroes.

This production contains graphic discussion of injury and death, homophobia, explicit language, and the use of theatrical blood.

Week #2 (February 10-12)
Talk to Me Like the Rain and Let Me Listen by Tennessee Williams, directed by Kenneth Collins
England's Splendid Daughters, written and directed by Ann Kreitman

Tickets:
Tickets are available through the Hancher Box Office at 319-335-1160 or online at hancher.uiowa.edu/tickets. Tickets can be purchased at the Box Office at the Theatre Building one hour prior to the performance, on an as-available basis, unless the production is sold out.

Capacity is limited and all seating is general admission. Masks are strongly encouraged.