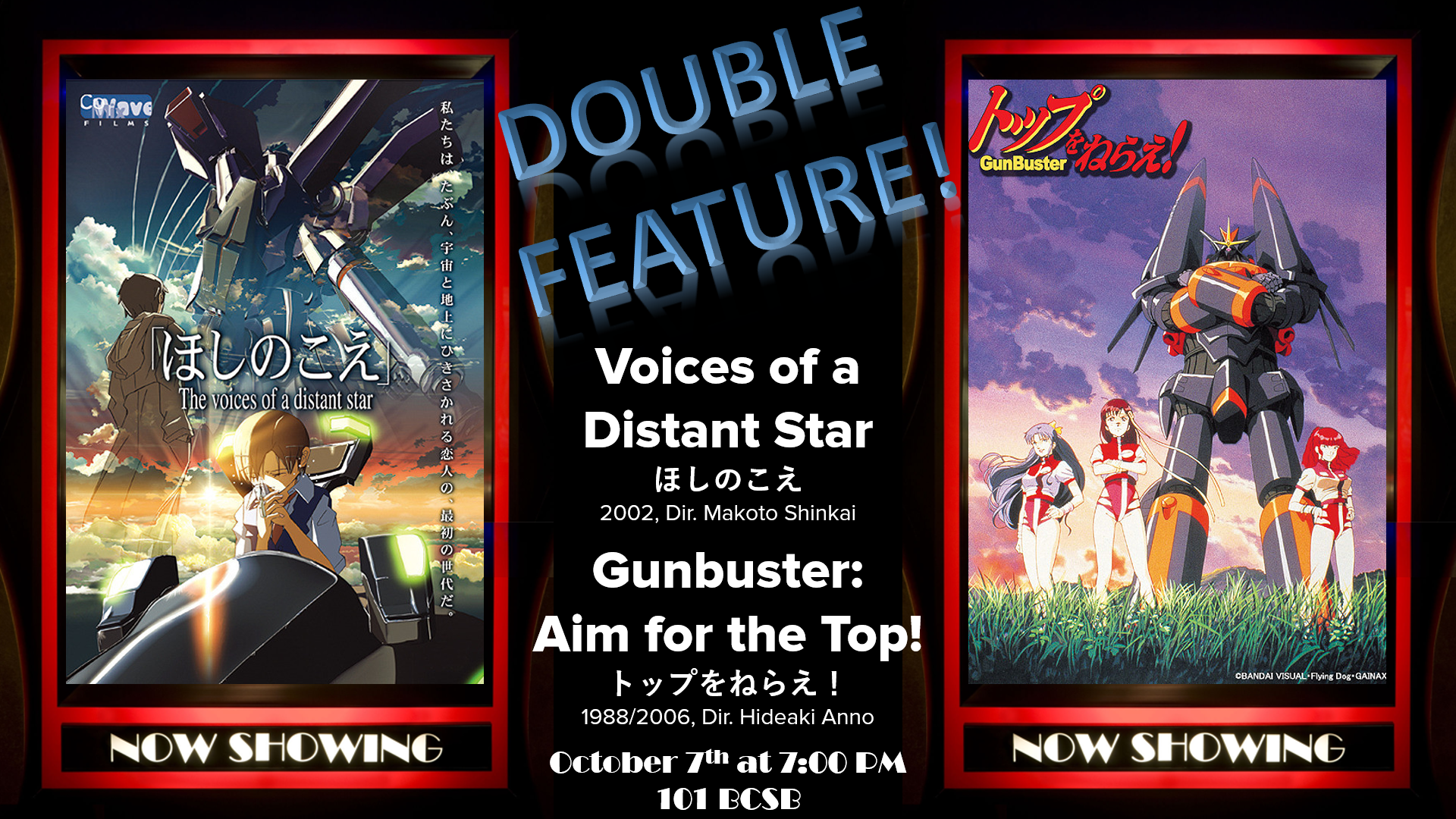 In this week’s very special Double Feature, we have two early works by two major anime auteurs. First up is Voices of a Distant Star, the debut short film of Makoto Shinkai, who would go on to direct globally acclaimed hits like Your Name (2016) and Weathering With You (2019). For this short, he worked almost entirely alone, crafting a visually striking and narratively poignant story of two high school sweethearts separated by a cosmic expanse of space and time, communicating via cell phone as one’s adventures in distant space cause them to age at completely different rates. Hideaki Anno’s 1988 OVA classic Gunbuster: Aim for the Top! explores similar ideas of cosmic time dilation, but approaches the idea with an entirely different voice, tone, and style, one wholly characteristic of the unpredictable auteur who would go on to create Neon Genesis Evangelion. Presented here in its 2006 theatrical edit, Gunbuster is a singular and invigorating blend of classic ‘super robot’ mecha anime, shojo (girl-oriented) manga, and, believe it or not, the American 80s megahit Top Gun. These essential debut works from two of contemporary anime’s most important voices are must-see revelations, and with limited availability in the United States, this double feature is a can’t-miss event.