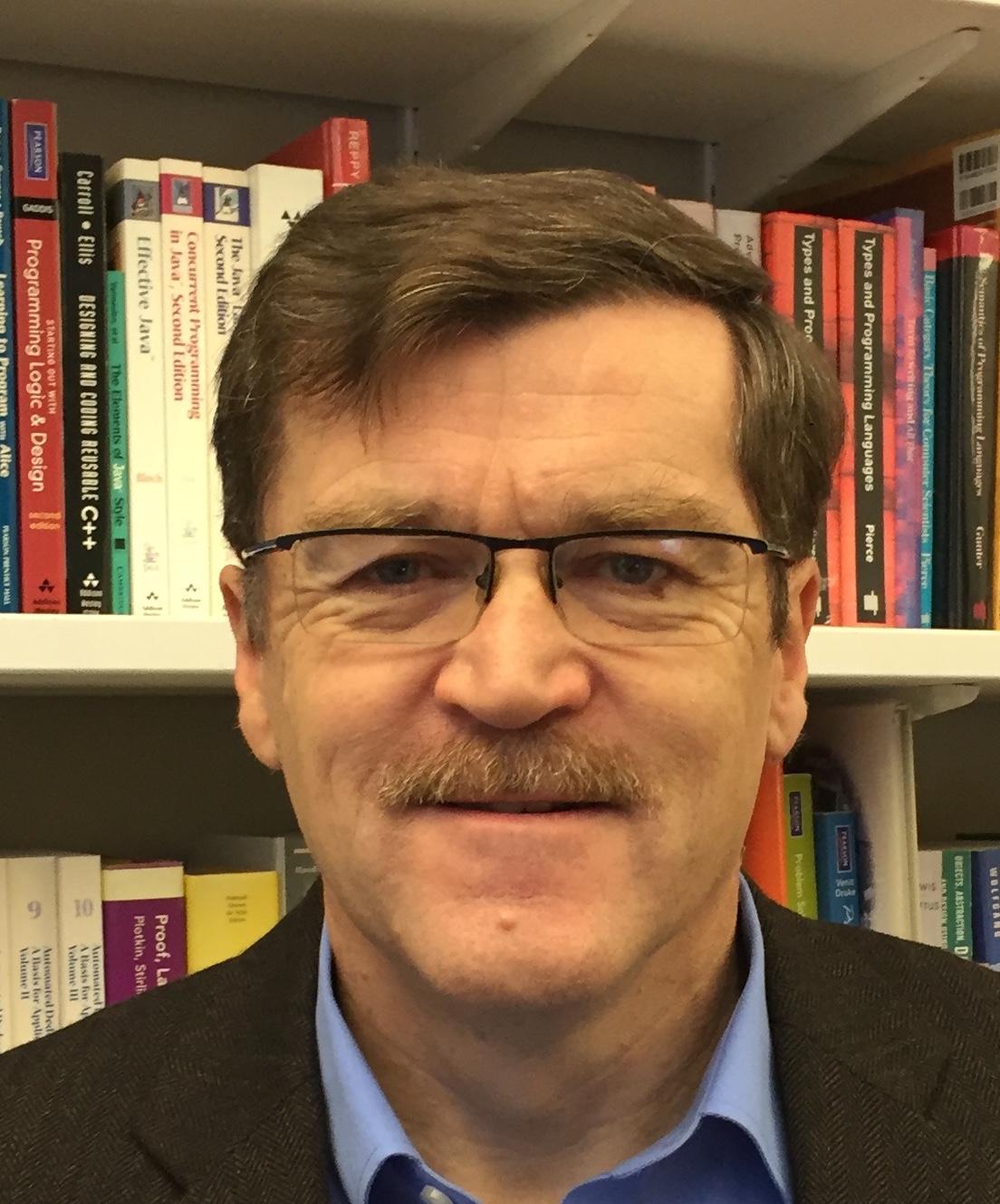 Futures have been around since Multilisp in 1985 and have been a popular abstraction for parallelism and concurrency in a variety of programming languages since then.  In brief, they allow us to spawn a new thread of computation and synchronize on the computed value.  We present a recently discovered type-theoretic foundation for futures, which turn out to arise from a formal system half-way between Hilbert-style axioms and a Gentzen-style sequent calculus with several interesting features.  We then exploit this foundation to define linear futures that avoid the need for complex concurrent  garbage collection.  We also briefly sketch ongoing work attempting to use ergometric types to inform scheduling decisions for linear futures.

Frank Pfenning studied Mathematics and Computer Science at the Technical University Darmstadt and then left for Carnegie Mellon University on a Fulbright scholarship where he obtained his Ph.D. in Mathematics in 1987 under the supervision of Professor Peter Andrews.

He has spent time as visiting scientist at the Max-Planck-Institute for Computer Science in Saarbrücken, as Alexander-von-Humboldt fellow at the Technical University Darmstadt, and as visiting professor at École Polytechnique and INRIA-Futurs. He has advised 29 completed Ph.D. theses and won the Herbert A. Simon Award for Teaching Excellence in the School of Computer Science in 2002.

He served as trustee, vice president, and president of CADE, Inc., the governing body of the International Conference on Automated Deduction, and on advisory boards for INRIA, the Max-Planck-Institute for Computer Science, and Seoul National University. He has chaired several conferences and program committees, including CADE and LICS, and has been a member of the editorial boards for Theoretical Computer Science, Journal of Automated Reasoning, and the Journal of Symbolic Computation. He was named Fellow of the ACM in 2015.