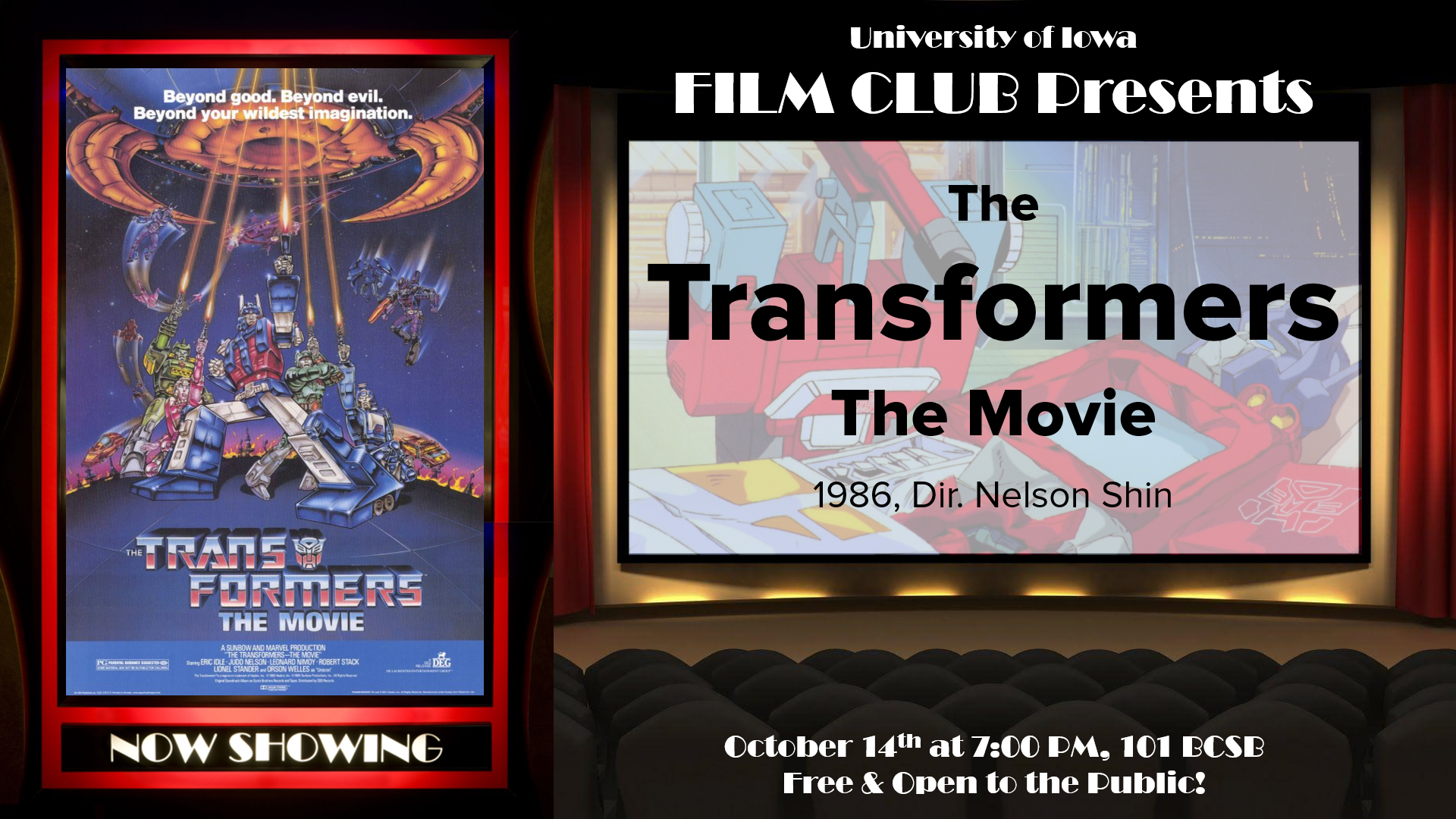 We’re kicking off Film Club 2021's second unit – Robo-Camp! – with the finest hour of a franchise that, at its best, knows all about the delightful camp value of sentient mega-robots: 1986’s The Transformers: The Movie! Vastly funnier and lighter on its feet than the drab, convoluted Michael Bay films of the 2000s – but also more narratively focused and aesthetically satisfying –Transformers: The Movie was a major flop upon release, but over time grew a well-earned reputation as a supremely entertaining cult classic. Featuring a killer 80s soundtrack by Vince DiCola and musicians ranging from Stan Bush to “Weird Al” Yankovic, nonstop (and sometimes surprisingly traumatizing action), and the final performance by the great Orson Welles – who died only days after recording his lines as Unicron – this is the real Transformers to know and to love, and we’re presenting it in a brand new 4K restoration that shows off some of the best animation of the 1980’s in all its colorful, eye-popping glory.