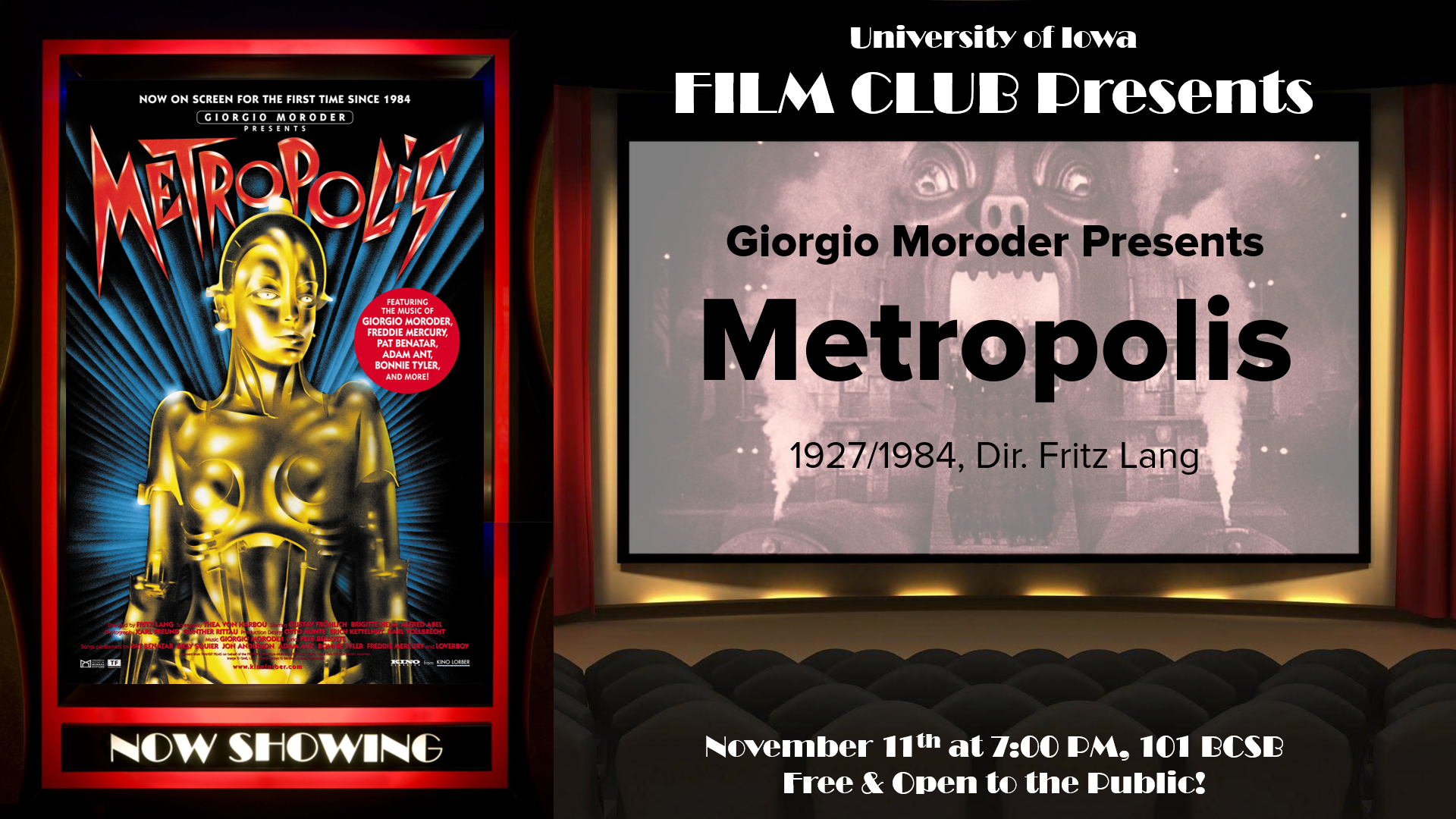 We’re kicking off our third and final unit by going back nearly 100 years to a robot who may not be giant in physical stature, but casts a truly gargantuan shadow over all of film history: the Maschinenmensch, the humanoid cyborg at the heart of Fritz Lang’s Metropolis. Truly incalculable in its aesthetic and narrative influence over nearly a century of global cinema, the film is presented here in its infamous 1984 restoration by Giorgio Moroder, the renowned Italian electronica composer sometimes called the “Father of Disco.” And Moroder brought his musical weight to bear on the project, revitalizing Metropolis for the MTV generation by recutting the film to a soundtrack of contemporary pop stars like Freddie Mercury, Pat Benatar, Bonnie Tyler, and Adam Ant. More than just an obscure 80s curio, Moroder’s version is a synesthetic marvel, combining pop culture past, present, and future for a wholly absorbing aesthetic experience. You won’t want to miss it.