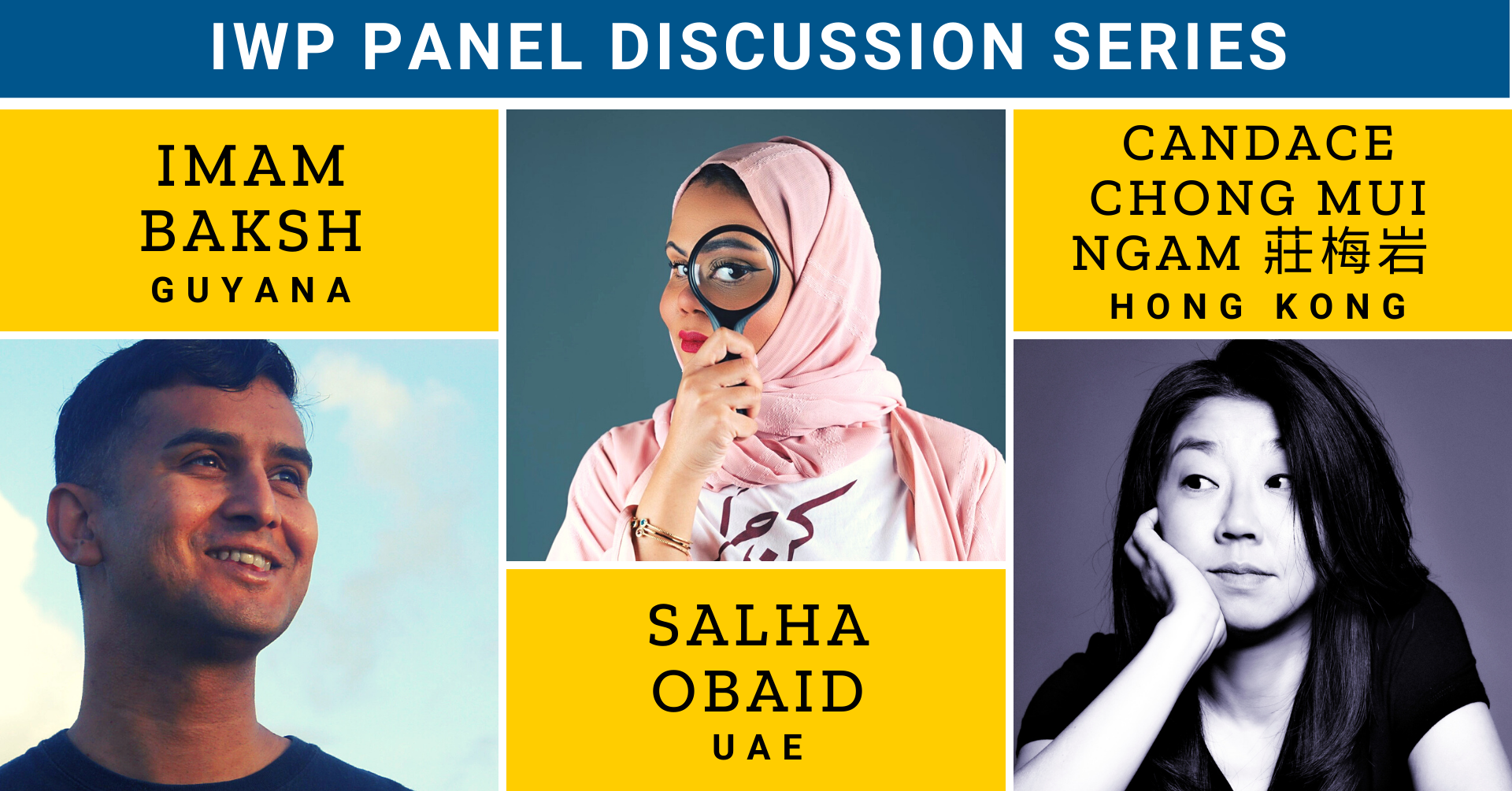 Join International Writing Program (IWP) writers-in-residence and members of the public in person or online (livestreamed at bit.ly/fallresicpl) for a panel discussion of “Imagination <> Computation:"

Writers operate on a fundamental faith in the endless capacity of imagination. Yet mathematics/computation is increasingly doing imagination’s heavy lifting, offering endless varieties of predictability in its stead. How to play this game?

Salha OBAID (fiction; UAE) published her first story collection, [Alzheimer],in 2010; it was followed by [Postman of Happiness] (2012) and [iPad of Life in the Manner of Zorba] (2014); the collection [An Implicitly White Lock of Hair] (2015) won the 2016 Al Owais Award for Creative Writing. Her first novel [Maybe It’s a Joke] appeared in 2018. A member of the Dubai Culture and Arts Authority Council and of the Association of Emirati Women Writers, in 2017 she was awarded the Young Emiratis Prize. Her participation was made possible by a grant from the Bureau of Educational and Cultural Affairs at the U.S. Department of State.

Candace CHONG Mui Ngam (playwright, screenwriter, translator; Hong Kong) has, apart from writing drama, also collaborated in musical theatre and opera as writer and librettist. Selected by the South China Morning Post as one of Hong Kong’s 25 most inspirational and influential women, she is a six-times winner of the Hong Kong Drama Awards, the recipient of a Best Artist Award (Drama) by the Hong Kong Arts Development Council, and of a number of international honors. Her plays have been performed on European and American stages, translated, and published. She participates courtesy of the Robert H. N. Ho Family Foundation.

Imam BAKSH (storyteller, children’s book writer, teacher; Guyana) is the author of two award-winning Young Adult novels, The Dark of the Sea and Children of the Spider. His children’s stories, too, have been frequently recognized; he has been a featured presenter at literary festivals on both sides of the Atlantic. An advocate for Guyanese Creole, he runs a literacy project and library for his community and owns and operates a kindergarten. His participation is made possible by the U.S. Embassy in Georgetown (Guyana).