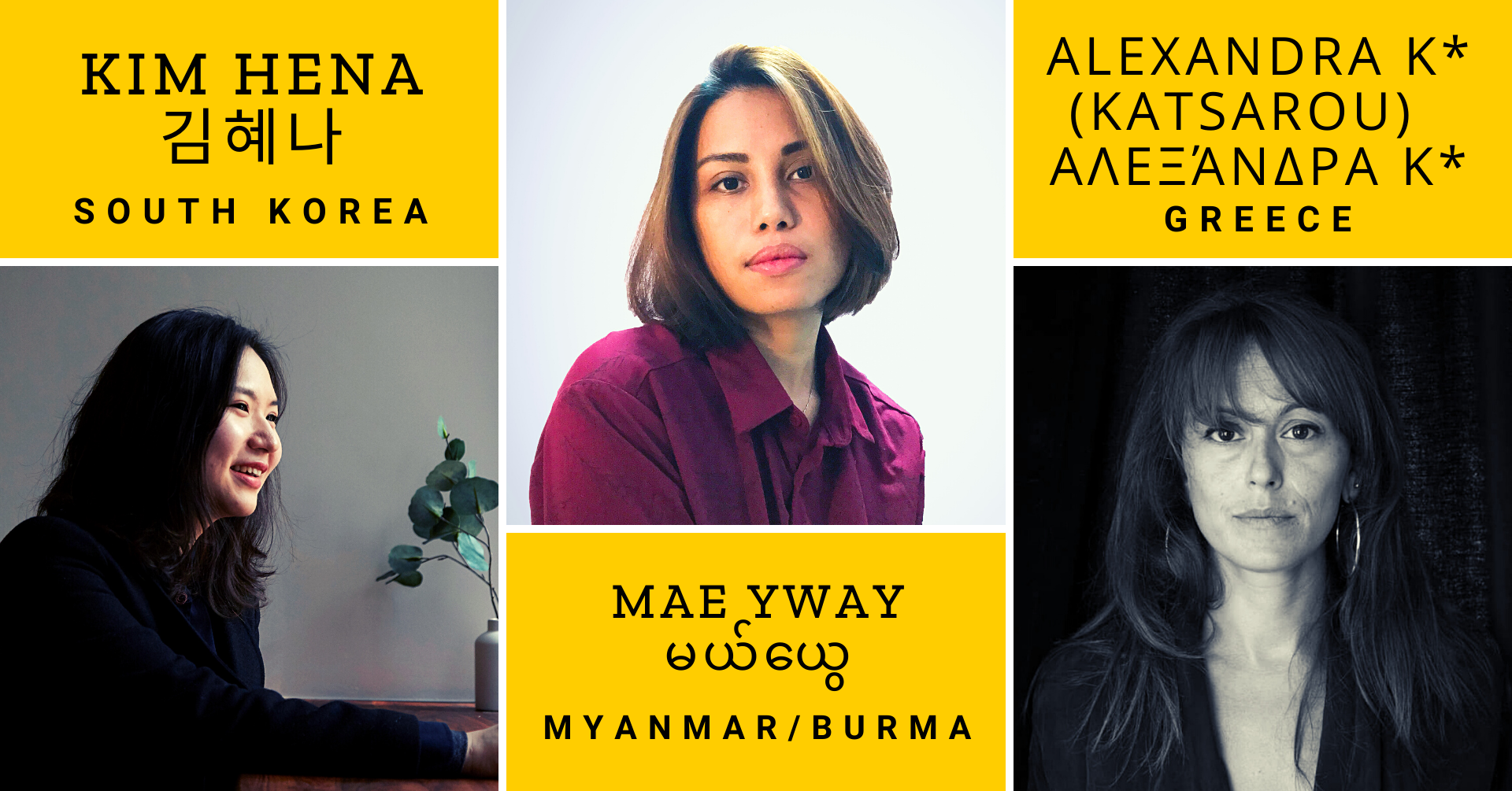 MAE YWAY (poet, scriptwriter, publisher; Myanmar) has been publishing her writing in periodicals and collections since 2010. The first volume of her poetry, [Courier], appeared in 2013; [You & I] appeared in 2016. In 2017, she founded the poetry publishing house 90/91, even while working as a digital content strategist and TV writer. Her participation was made possible by the Bureau of Educational and Cultural Affairs at the U.S. Department of State.

Alexandra K* (KATSAROU) (fiction, drama, screenwriting, journalism; Greece) has collaborated with the National Theatre of Greece, the Greek National Opera and other major cultural institutions. ?er 2018 play [Revolutionary Ways to Clean Your Swimming Pool] has been translated widely, and received a Eurodram 2019 Prize; her most recent play [Milk, Blood], based on Medea, premiered at the ancient theater of Epidaurus. She is a regular contributor to Greek magazines and newspapers. Her participation was made possible by the Bureau of Educational and Cultural Affairs at the U.S. Department of State.

KIM Hena (fiction writer, South Korea) studied Korean language and literature at the University of Cheong-ju. Her first novel, [Jerry], was the 2010 winner of Today’s Author Prize; the second, [Junk], was long listed for the 2013 Dong-In Prize of Literature; [The Goldstar Telephone] received the 2016 Soorim Prize of Literature. She has also published a book of essays on yoga, [What Makes Me Breathe]. She participates courtesy of Arts Council Korea.

This series will also include Fridays Nov. 5 & 12, possibly also Nov. 19 (TBD), each with readings by different 2021 IWP Fall Residents. Join us on Zoom: https://bit.ly/fallresui

Event is free & all are invited!