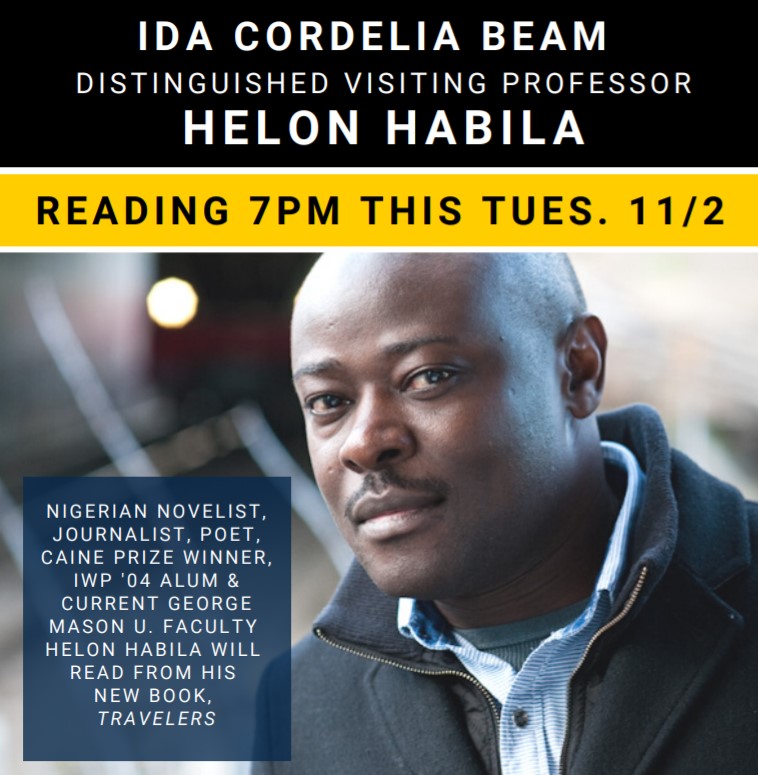 The recipient of a Caine Prize, a Commonwealth Prize for Best First Book, and the Windham-Campbell Prize for Literary Achievement, Helon Habila is the author of six volumes of fiction and non-fiction, the editor of several collections of writing, and a publisher. Professor Habila is also an avowedly political writer whose work seems to transcend the artificial delineations of genre and discipline. His third novel Oil on Water, shortlisted for the PEN/Open Book Award and the Orion Prize, addressed the environmental crisis in the oil-rich Nigerian Delta in a manner that was both journalistically didactic and emotively filmic, thus making a political impact as strong as his recent nonfiction book, The Chibok Girls, which grapples with the Boko Haram kidnappings and Islamist militancy in Nigeria. Few writers have the narrative skill and structural mastery to not only spar in the political arena, but also to make significant artistic contributions: Professor Habila’s work registers far beyond the page.

Alongside his distinguished literary career, Professor Habila has built an academic career that began when he was named the first African Writing Fellow at the University of East Anglia, where he went on to be a Chivening Scholar and earned his PhD. Chinua Achebe personally invited Professor Habila to be the inaugural Chinua Achebe Fellow at Bard College, based on which he was offered his current appointment at George Mason University, where the now-tenured Professor Habila teaches in the disciplines of Creative Writing, English, and Global Affairs. He will read from his new book, Travelers.

His guiding ideal: “[As] writers we have to be engaged with the culture and the politics, and we have to try to influence it even as it influences us. We are part of everything around us. Our gift is to transform the ugliness and terror into art, to help the reader make sense of it.”

Join us in person or on Zoom at: https://bit.ly/fallresui

Event is free & all are invited!