Coralville Center for the Performing Arts 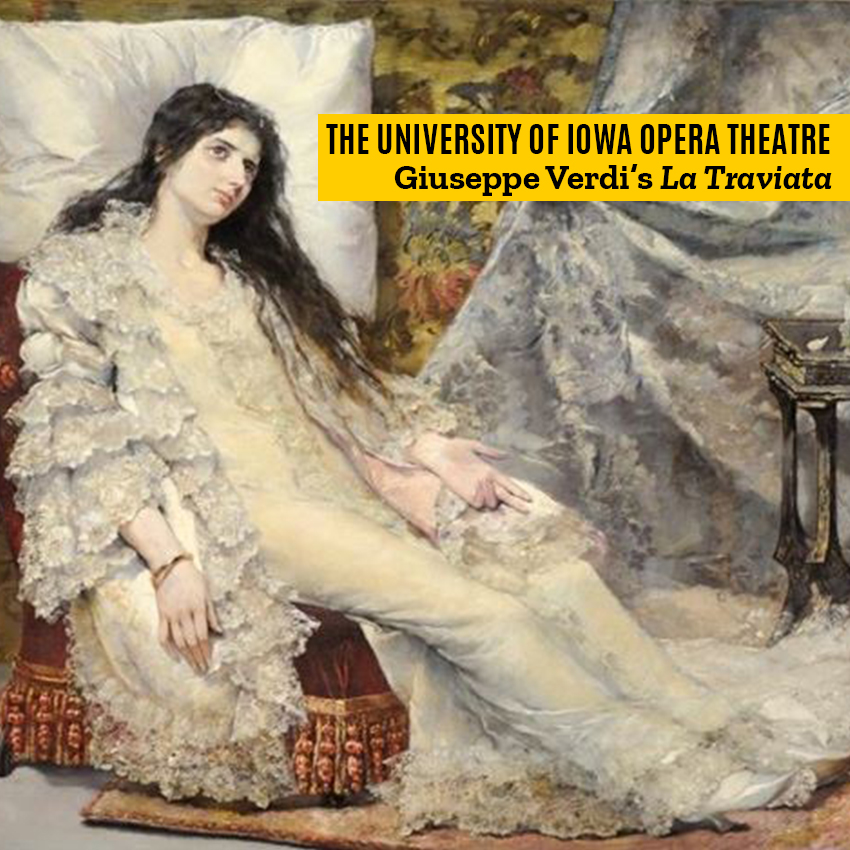 Verdi saw the stage adaptation by Alexandre Dumas fils of his own 1848 novel La Dame aux camélias when he visited Paris in 1851-52.  He was taken with the drama (and likely had already read the novel) and by March of 1853 La traviata, his operatic setting of the story, had its premiere. Though initially unsuccessful, the work soon became one of the world's most beloved operas, consistently ranking among the top 10 most performed.

In the whirling atmosphere of the Parisian demimonde young Alfredo Germont becomes enamored of the glamorous courtesan Violetta Valéry. Though he convinces her to go away with him and leave her sordid lifestyle, their happiness is marred by the machinations of his disapproving father. Surviving a duel with his perceived rival, Baron Duphol, Alfredo is restored to his love, but, alas, too late. Replete with some of Verdi’s most tuneful melodies, including the famous Brindisi, this gripping and emotional story of love and human frailty will engage the audience’s eye and ear from start to finish.

Get your tickets at hancher.uiowa.edu