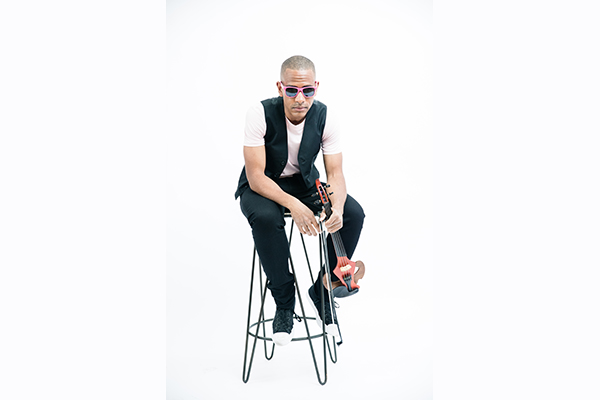 In "A session exploring Contemporary Regionalism in Musical Contexts," Henderson will discuss the rejection of the abstract in the sonic world along with a musical demonstration.

Carving out a reputation for his dynamic performances in jazz, rock, hip-hop, and country fiddle, Henderson is a founding member of Warp Trio, and has led the group on hundreds of concerts and university residencies throughout the United States, as well as on international tours throughout Africa, the United Kingdom, Spain, Switzerland, Holland, Germany, and the Caribbean. He has served as music director for the Emmy award-winning Damien Escobar (of Nuttin' But Stringz), and in this role has performed at a number of events across the globe including a performance at the 2013 Hip-Hop Inaugural Ball hosted by Russell Simmons and honoring Barack Obama. Other bandleader positions include serving as music director to pop singer Zahra Universe on her South Korea tour, and to the spoken word artist LikWUid Stylez. A sought-after freelance musician in New York City, Josh has performed, recorded, and collaborated with popular artists such as Chris Brown, Bilal, Solange, The Sugar Hill Gang, David Byrne, Sufjan Stevens, Courtney Love, Anne Hathaway, Amanda Palmer, Mirah, Amine, Angel Olsen, Jherek Bischoff, and members of bands such as Beirut, Deerhoof, Blue Oyster Cult, and The Eagles.

Henderson studied at the Cincinnati College Conservatory of Music with professor Kurt Sassmannshaus, and at New York University with professor Naoko Tanaka.