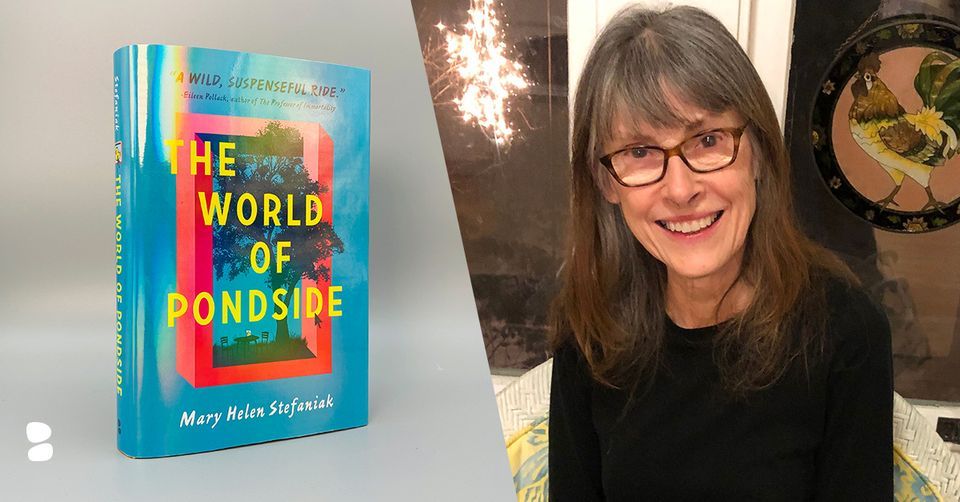 Please join us for a reading and conversation with Mary Helen Stefaniak to celebrate the release of her new novel The World of Pondside. She will be joined in conversation by Bruce Brown.

Eileen Pollack, author of The Professor of Immortality, says of the novel, "With infinite compassion and great good humor, Mary Helen Stefaniak takes us on a wild, suspenseful ride through a world most of us normally shy away from. A high-tech thriller set in a nursing home, The World of Pondside will cause you to rethink everything you thought you knew about old people and those who care for them. Deeply moving, as heart-poundingly suspenseful as the best video games." According to Booklist, “Stefaniak infuses an often forbidding environment with joy and dignity.”

Mary Helen Stefaniak is a graduate of the Iowa Writers’ Workshop. Rita Dove and Henry Louis Gates Jr. selected her previous novel, The Cailiffs of Baghdad, Georgia, for the Anisfield-Wolf Book Award recognizing work that contributes to our understanding of racism and our appreciation for a diversity of cultures. The Cailiffs was an Indie-Next Great Read. Her debut novel, The Turk and My Mother, was named a Favorite Book of 2004 by the Chicago Tribune. It has been translated into seven languages. Both novels were honored by the Wisconsin Library Association for Outstanding Literary Achievement. Her first nonfiction book, The Six-Minute Memoir: Fifty-Five Short Essays on Life, will be published this fall by the University of Iowa Press. Stefaniak is professor emerita of creative writing at Creighton University and teaches in Pacific University’s MFA in Writing program. She and her husband John have lived in Iowa City since 1982.

Bruce P. Brown is an emeritus physician at The University of Iowa Hospitals and Clinics and the founding editor-in-chief of a national medical literary journal, The Examined Life Journal (theexaminedlifejournal.com). His creative work has appeared in Kalends, Hospital Drive, and The Annals of Internal Medicine. His first novel, The Frankie Factor, was published this March. In his novel and short stories, Bruce Brown writes about how tough it is for kids to grow up.