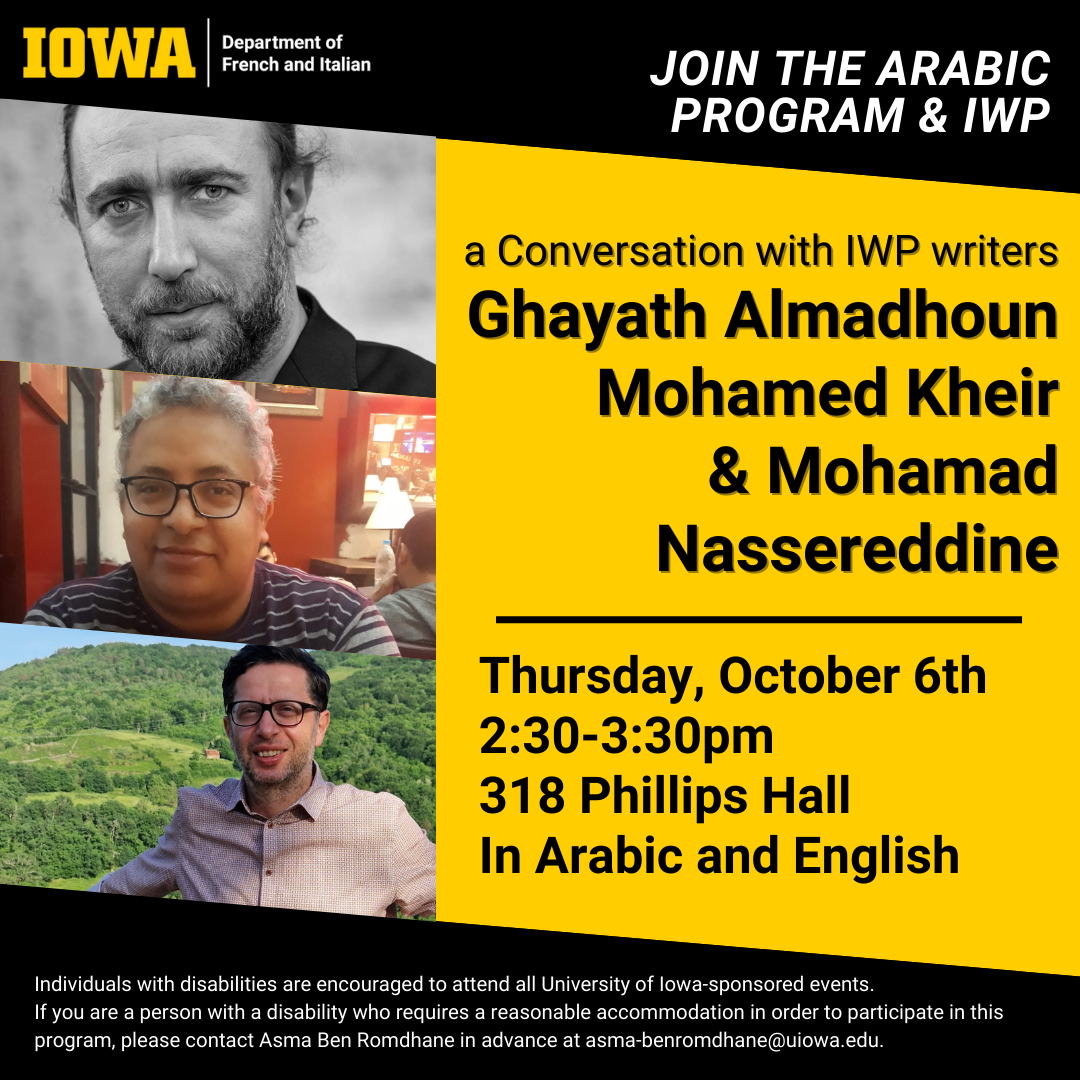 Mohamed KHEIR (fiction writer, poet, journalist, editor, lyricist; Egypt) won the Egyptian Ministry of Culture Award for his first poetry collection, Leil Khargi (2002); both his story collections Afarit Al Radio (2011) and Remsh Al Ein (2016) received The Sawiris Cultural Award. In 2021, the second of his three novels was published as Slipping by Two Lines Press. Alongside his literary work and a career in journalism, Kheir also writes lyrics for young singers from Egypt and Lebanon. He participates courtesy of the Bureau of Cultural and Educational Affairs at the US Department of State.

Mohamad NASSEREDDINE (poet, translator, journalist; Lebanon) is a regular contributor to the Al-Akhbar daily, the current vice-president of Lebanon PEN, and a professor of Medical Physics at Lebanese University in Beirut. Work from his seven volumes of poetry has been widely translated and anthologized. He participates courtesy the Bureau of Educational and Cultural Affairs at the US Department of State.

Ghayath ALMADHOUN (poet, filmmaker; Sweden) is a Palestinian poet born in Damascus, immigrated to Sweden in 2008, now living between Berlin and Stockholm. He is the author of four volumes of poetry in Arabic, translated widely. His latest collection is Adrenalin (2017), longlisted for a 2018 Best Translated Book Award; his Évian won the 2020 Zebra Best Poetry Film Award. He participates thanks to a grant from the Bureau of Educational and Cultural Affairs at the US Department of State.