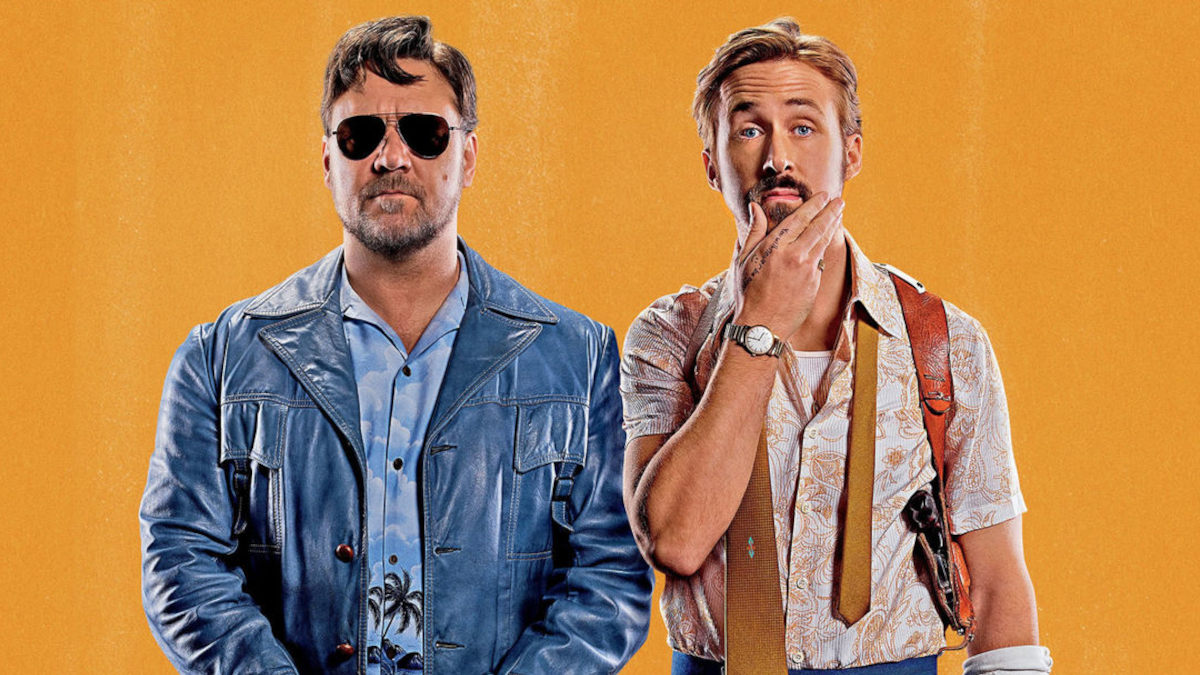 Join Bijou After Hours for our screening of The Nice Guys!

Holland March (Ryan Gosling) is a down-on-his-luck private eye in 1977 Los Angeles. Jackson Healy (Russell Crowe) is a hired enforcer who hurts people for a living. Fate turns them into unlikely partners after a young woman named Amelia (Margaret Qualley) mysteriously disappears. Healy and March soon learn the hard way that some dangerous people are also looking for Amelia. Their investigation takes them to dark places as anyone else who gets involved in the case seems to wind up dead.

Bijou Film Board is a nonprofit, student-run organization dedicated to the exhibition of independent, foreign, and classic cinema. After Hours is our catch-all film series which is dedicated to cult classics, genre films, and recent releases. Prizes are given out before the film begins at every After Hours screening!

All Bijou programming is FREE for UI students and $7 for the general public, screened at FilmScene (at the Chauncey) at 404 E College St.

Free student tickets for After Hours films must be claimed at the door. To purchase general admission tickets in advance, visit the FilmScene website at ic.filmscene.org/series-special-events/ .