Telling America's Story to the World: Harry Stecopoulos in Conversation with Christopher Merrill 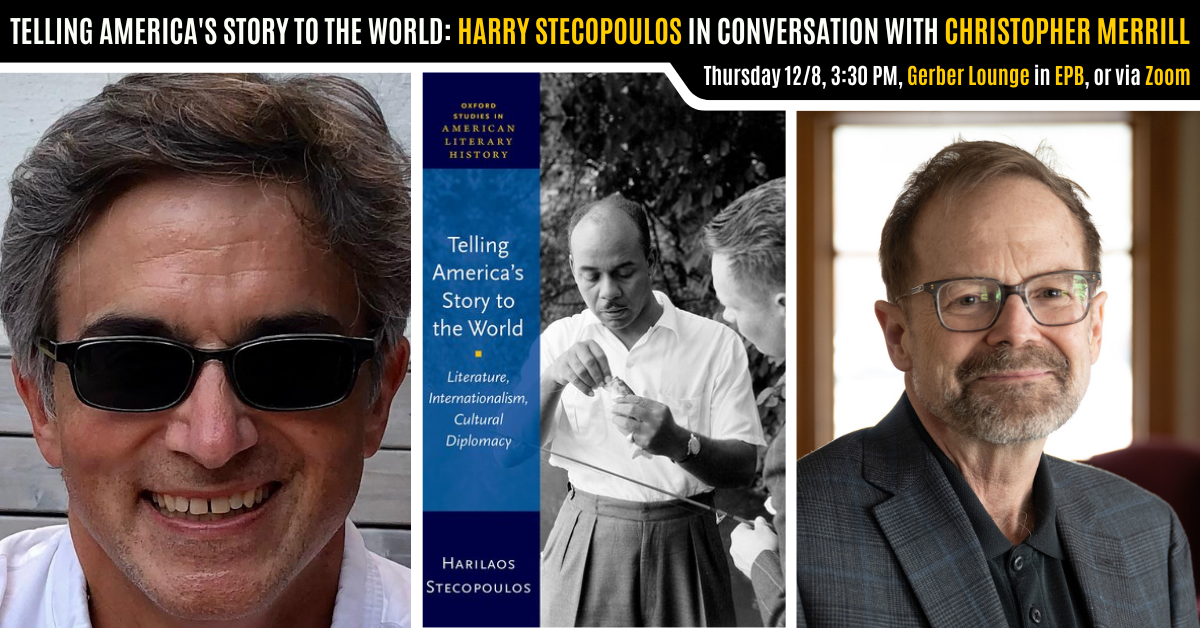 Join us either in-person in the Gerber Lounge in EPB, or via Zoom.

Author and University of Iowa Associate Professor of English Harry Stecopoulos will be in conversation with International Writing Program Director Christopher Merrill regarding Stecopoulos' new book, Telling America's Story to the World.

Publisher's Synopsis: Telling America's Story to the World argues that state and state-affiliated cultural diplomacy contributed to the making of postwar U.S. literature. Highlighting the role of liberal internationalism in U.S. cultural outreach, Harilaos Stecopoulos contends that the state mainly sent authors like Ralph Ellison, Robert Frost, William Faulkner, Langston Hughes, and Maxine Hong Kingston overseas not just to demonstrate the achievements of U.S. civilization but also to broadcast an American commitment to international cross-cultural connection. Those writers-cum-ambassadors may not have helped the state achieve its propaganda goals—indeed, this rarely proved the case—but they did find their assignments an opportunity to ponder the international meanings and possibilities of U.S. literature. For many of those figures, courting foreign publics inspired a reevaluation of the scope and form of their own literary projects.

Testifying to the inadvertent yet integral role of cultural diplomacy in the worlding of U.S. letters, works like The Mansion (1959), Life Studies (1959), "Cultural Exchange" (1961, 1967), Tripmaster Monkey: His Fake Book (1989), and Three Days Before the Shooting... (2010) reimagine U.S. literature in a mobile, global, and distinctly political register.