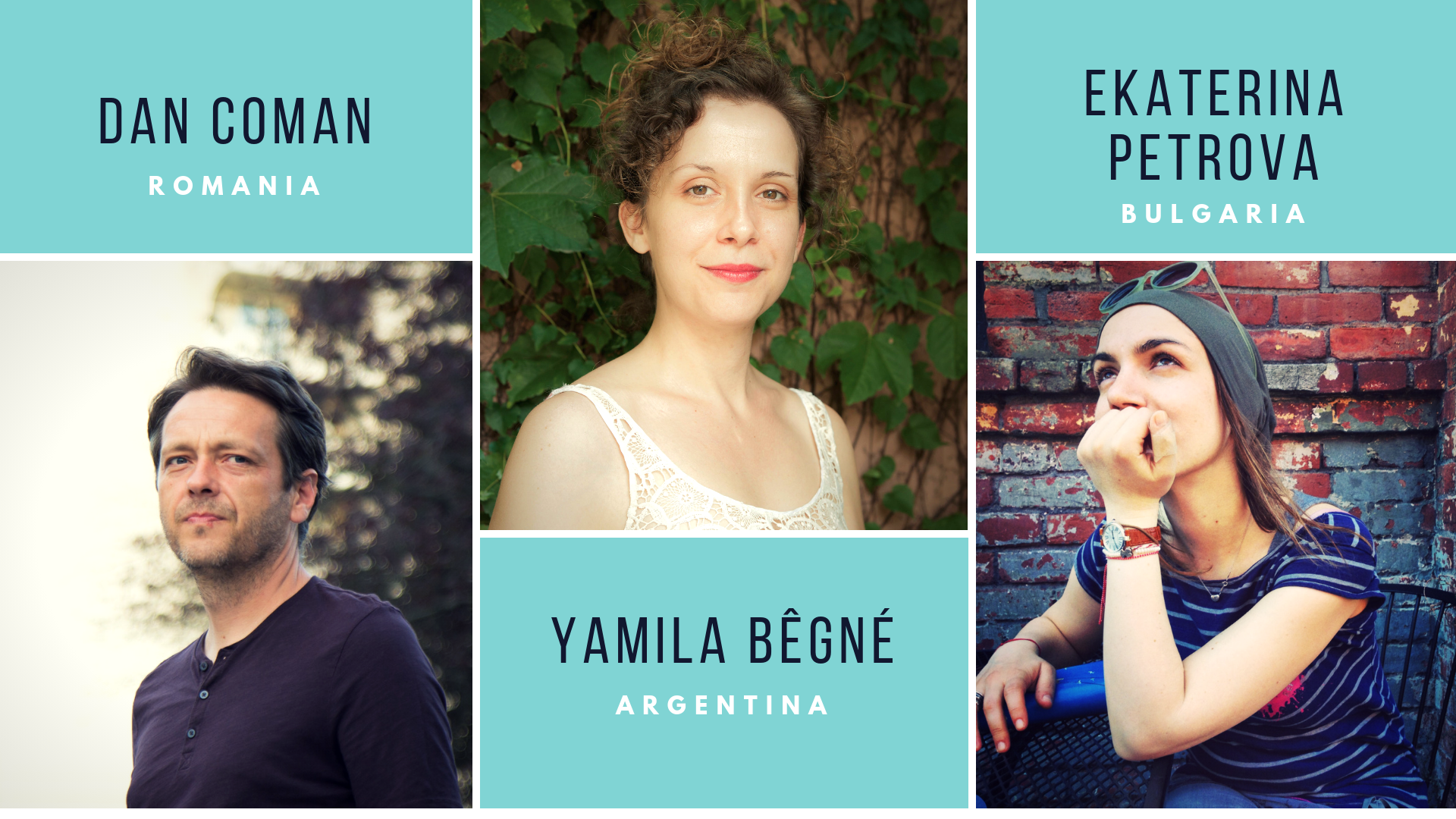 Sundays this fall: The IWP and UI MFA writing programs take over the 2nd floor of Prairie Lights – grab a glass of wine or a fancy soda and settle in for an hour of highlights from their best work!
Reading Sept. 9:
Ekaterina Petrova is a literary translator, journalist, and interpreter from Sofia, Bulgaria. After receiving a BA in International Studies and German Studies from Macalester College and an MSc in European Politics from the London School of Economics, she is currently pursuing an MFA in Literary Translation from the University of Iowa, where she has been awarded the Iowa Arts Fellowship. Her literary translations and her nonfiction writing have appeared in a variety of Bulgarian and English-language publications.
IWP 2018 Fall Residents:
Yamila BÊGNÉ (fiction writer; Argentina), a teacher of creative writing, is the author of three experimental story anthologies, most recently Los Límites del control  [Limits of Control] (2017) and a non-fiction writer. A recipient of a 2006 Letters and Illustration award from the Ministry of Culture in Buenos Aires, in 2017 she attended a CUNY residency on a Néstor Sánchez Grant. She participates courtesy of the U.S. Embassy in Buenos Aires.
Dan COMAN (fiction writer, poet; Romania) has published four books of poems and three novels. Winner of the 2004 Mihai Eminescu Award for the poetry collection anul cârti?ei galbene [The Year of the Yellow Mole], Coman has also received the 2004 Romanian Writers Union Prize, the 2011 Crystal Vilenica Prize, and Radio Romania’s Cultural Awards for 2011 and 2017. His work has been anthologized, and translated into seven languages, English included. His participation was made possible by the U.S. Embassy in Bucharest.