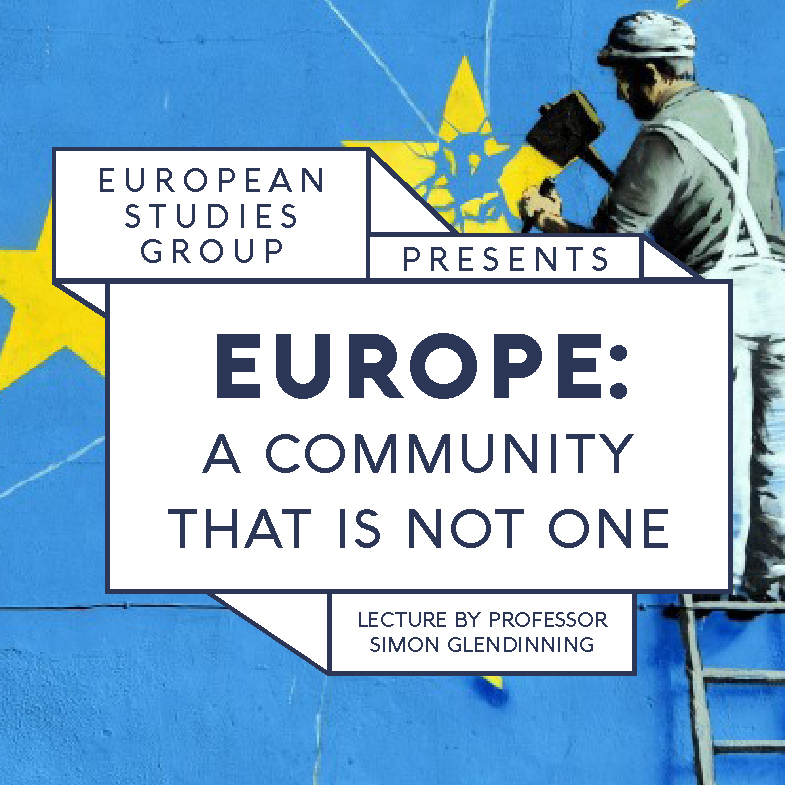 The European Studies Group will present a guest presentation and Q&A with Professor Simon Glendinning from the London School of Economics on "Europe: A Community That is Not One" at 2 p.m. on Thursday, November 12, via Zoom.  The event is free and open to the public.

Simon Glendinning will track the development of a distinctively British vision of European integration after the Second World War, and growing anxiety in Britain about desires for a European community that is One. Focusing on a British conception of a Europe whose excellence lies, as JS Mill put it, in its “many-sided development”, its “remarkable diversity”, and exploring this as it was articulated in post-War British, and especially British Prime Ministerial, political speech-making, Professor Glendinning will chart the British course into the perhaps not very philosophical opening of “Brexit”; the referendum on the UK’s membership of the European Union in 2016, and the majority that was won then for “Leave”.

To read a draft of Professor Glendinning's paper, click here.

To receive a draft of the paper in advance and/or send questions for the presenter, email luis-martin-estudillo@uiowa.edu.