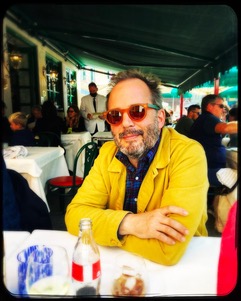 The British private press holds such a strong gravitational pull over the bibliophilic imagination that it is hard to see that there is a thriving private press tradition in the twenty-first century. Appearance has a lot to do with it: the books of today don’t look like the books of the Kelmscott, Doves, Ashendene or other British presses, so surely they don't fall into the same category. But is a private press book designated by its physical attributes or by the motivations behind its making? Is it a thing only, or an idea also? When closely examined, the historical circumstances from which the British presses grew have many parallels within the conditions behind the current Book Arts revival. The dislocations incumbent within the industrialized society of the late nineteenth century have only been exacerbated in the digital age, further alienating people from the objects they make and consume, and sparking an equally fervent desire to find meaning and balance in one’s work and life. In this talk, Russell Maret will discuss these broader ideas through the lens of his own career making books and typefaces, and sketch out some emerging directions within the contemporary private press.

Russell Maret is a book artist and letter designer working in New York City. He began printing in San Francisco as a teenager before apprenticing with Peter Koch in Berkeley and Firefly Press in Somerville, Massachusetts. He set up his own press at the Center for Book Arts, New York in 1993 and has been printing and publishing ever since. In 1996 Russell began teaching himself to design letterforms, leading to a 12-year study before he completed his first typeface in 2008. In 2009 Russell was awarded the Rome Prize in Design from the American Academy in Rome. In 2011, he began working to convert some of his type designs into new metal typefaces for letterpress. Since then he has produced four metal typefaces, including Hungry Dutch, a new face for Monotype composition casting, as well as multiple suites of metal type ornaments. Russell is on the board of directors of the CODEX Foundation. He has been the printer in residence of the Press in Tuscany Alley, San Francisco (1990); Artist in Residence at the Center for Book Arts, NYC (1996); Printer in Residence at the Bodleian Libraries Bibliographical Press, Oxford (2017); a trustee of the American Printing History Association; the North American Vice Chair of the Fine Press Book Association; and a Master Lecturer in the MFA Book Arts & Printmaking Department of University of the Arts in Philadelphia. Russell’s books and manuscripts are in public and private collections throughout the world.

This event is sponsored by the Nadia Sophie Seiler Memorial Fund.